While the earliest record of a fountain-like pen dates from the 10th century, fountain pens as we know them today didn’t exist until the late 19th century. In 1884, an American named Lewis Waterman patented the first practical model after supposedly having a sales contract ruined by a leaky precursor. Before Waterman’s version, fountain pens were plagued with ink spills and blots, and were unreliable and inconvenient.

The main problem of earlier fountain pens centered on airflow — there wasn’t enough. Fountain pens work by managing the rate at which the ink flows through the pen. 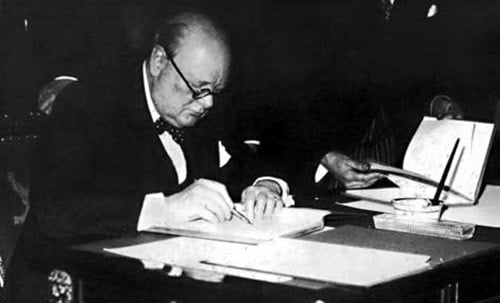 When the pen is held at an upright angle, ink from the reservoir is drawn downward by gravity, and goes through the feed and to the nib in a controlled fashion. Unless air is brought into the reservoir to replace the ink as it is used, a vacuum will build up that stops the flow. 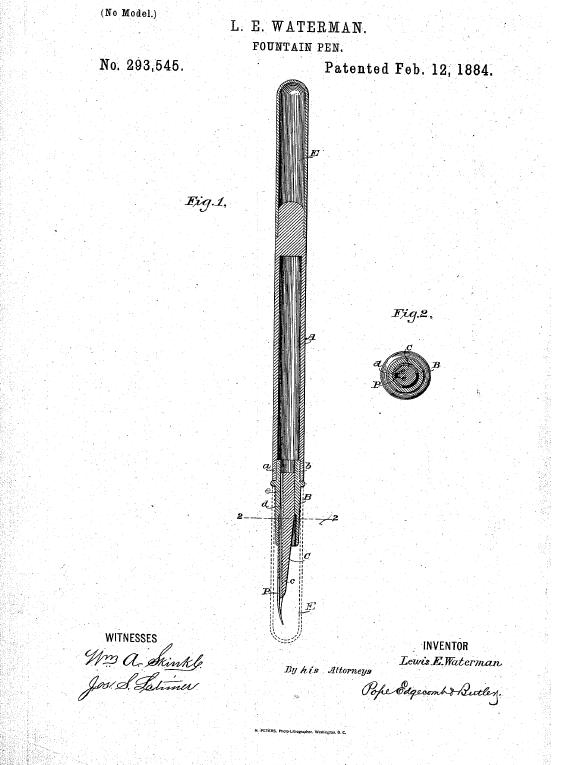 Waterman solved this airflow issue by cutting a series of three fissures in the pen’s feed. This created a capillary-esque mechanism that functioned by drawing ink into these small channels at the same time that air came back in over the fissures and entered the reservoir. The modern fountain pen was born.

Though Waterman’s innovation made fountain pens much more effective and convenient to write with, filling the pen remained a messy and tedious affair. You had to unscrew a portion of the barrel and use an eyedropper to fill the reservoir drop by drop.

At the turn of the 20th century, companies began introducing self-filling reservoirs that allowed users to put the nib in the ink bottle and fill the reservoir by pulling a lever or twisting the barrel. 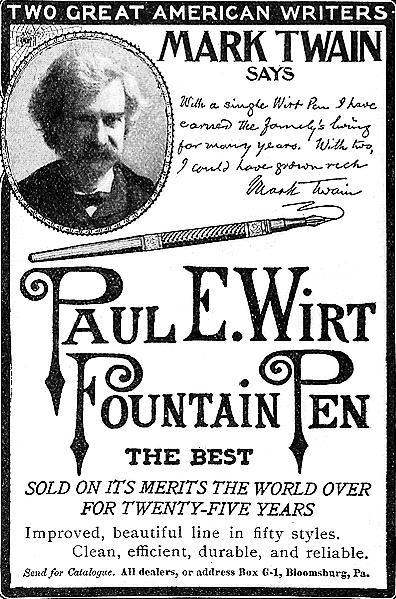 Despite the introduction of the ballpoint pen in the early 1900s, fountain pens maintained their dominance as the go-to writing instrument up until the mid-point of the century. It was not until the 1960s, when the ballpoint pen’s reliability increased, and its price decreased, that fountain pen sales began their long and steady decline in the United States.

While they’re still widely used by students in private schools in England and the rest of Europe, in America the fountain pen is largely seen as more of a collector’s item, a status symbol, or the focus of a twee hobby.

However, thanks to the internet’s ability to connect enthusiasts, the fountain pen has seen something of a resurgence in the U.S. Today you can find countless forums and blogs dedicated to the virtues of this classic writing instrument.